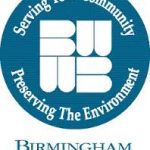 Some folks want me to take sides in the Birmingham Water Works Board (BWWB) squabble, but that’s not my role.  My role as publisher of ComebackTown is to place a spotlight on why we continue to put ourselves in such embarrassing situations.

For those of you who don’t know about the controversy, some folks in our State Legislature have determined that the BWWB is broken.  They want to increase the size of the board to bring about broader regional representation, implement term limits, cap board member compensation, and require public hearings before proposed rate increases.

The Water Works Board and elected officials of the City of Birmingham generally perceive this as meddling by the legislature and a power grab by our primarily white suburbs.

To suffer racial animosity is not unusual for Birmingham/Jefferson County.  We spent all of last year embroiled in the Cooper Green Hospital controversy which also pitted white vs. black.

What is wrong with us in metro Birmingham?  Why is it always us versus them; black versus white?

Well, we’ve done it to ourselves.

So we continue to fight each other into a bloody pulp and wonder why our region doesn’t make progress.

The Water Works Board debacle is one of many.

We can’t agree on  a long term solution for traffic on Highway 280.  (Five cities/two counties)

The City of Birmingham is almost always asked to shoulder the burden for our region.

Metro Birmingham has recently celebrated many successes–Railroad Park and Regions Field  have created a building boom, but how many of our metro cities besides Birmingham contribute?  When I attend Baron’s games I see fans from everywhere.

Birmingham’s budget includes Railroad Park, Regions Field, Ruffner Park, the McWane Center, the Museum of Art, Barber Motor Sports, the Birmingham Zoo, the Civil Rights Institute, the Lyric Theatre, and Vulcan.  And many people don’t realize that the Birmingham Botanical Gardens is funded by and located in the City of Birmingham.

I know there have been significant private contributions to some of the above venues, but how much money was allocated by our other 34 municipalities?

It’s no wonder the City of Birmingham may feel abused and in no mood to relinquish power at the Water Works.

So we remain in a state of constant war with ourselves and can’t understand why we’re not competitive with our peer cities.

The BWWB is just one of many symptoms of our segmented/dysfunctional government structure.

David Sher is the publisher of ComebackTown, a co-founder of Buzz12 Advertising Agency and co-CEO of AmSher Collection Agency.  He’s past Chairman of the Birmingham Regional Chamber of Commerce (BBA), Operation New Birmingham (REV Birmingham)), and the City Action Partnership (CAP).