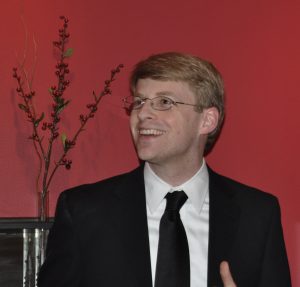 Comebacktown published by David Sher & Phyllis Neill to begin a discussion on a better Birmingham.

I saw something during a recent trip to Regions Field that made me stop in my tracks. It was so exciting that I had to tell almost everyone I saw for the next week.

No, what I saw were people, thousands of people. People of all ages and backgrounds were spending time together; something I feel is unfortunately rare in Birmingham.

Regions Field and Railroad Park are both still in their infancies, but I think it is safe to label both of the developments as successes. That’s because together they have accomplished what so many other recent developments have failed to do: They actually provide something of value to the city’s residents.

Invest in the city, not in the out-of-towners

Too often city leaders pour money into projects that make headlines but in the end don’t really make a difference.

Take Uptown, the new $70 million hotel and entertainment district adjacent to the BJCC. It isn’t really for city residents, it’s for out-of-towners. Sure it may be a destination for an occasional night out, but it’s really more of a selling point to help attract new conventions.

The same goes for the $46 million Birmingham Crossplex. It has succeeded in bringing in out-of-town guests for sporting events but outside of a small and sporadic boost for nearby businesses, what has it contributed to the Five Points West community?

The same argument can really be made for the city’s spending on big events such as the Honda Indy Grand Prix of Alabama and yes, even the Magic City Classic. The events bring in out-of-towners, people have a good time and everyone spends money. Some of that money even trickles down to the city business and into the city coffers. But when the events close, Birmingham’s communities haven’t changed.

Money swirls in, money swirls out and in the end the community looks about the same.

Since 1960, 128,000 people have left the city. What may have started as white flight has become a diverse flow of residents draining over the mountain, to other suburbs and simply out of the area altogether. To stem the tide of departures, the city must give residents a reason to stay.

Our elected leaders must strengthen the communities and neighborhoods that make up our city, not just pour money into developments that do nothing for the residents.

The investments don’t have to be sizable to be significant. We don’t need $64 million stadiums across the city. That’s not necessary or even reasonable. Start small.

Keep parks updated, clean and safe. Make sure streetlights work and streets are paved. Promote community events to nearby residents. Encourage small businesses that open up within neighborhoods.

Support the work of neighborhood groups and find ways to make all city residents feel that they have a stake in the betterment of the city.

These efforts require city leaders to get into all of the communities, to talk with residents and find out what would make a difference in their lives and what would keep them from leaving the city.

Asking that question is what gets us to the difficult part, the part that doesn’t just involve spending money. That’s because the answer to that last question will often include variations of two themes: Crime and education.

Those two issues, whether they are real or just perceived, are the twin 800-pound gorillas forcing people from our city. The flow of residents out will not be reversed until people in all parts of Birmingham feel safe in their homes and parents feel like their children are getting a quality education.

The good news is that stronger communities can help both of those problems.

And if Birmingham waits until both problems have been solved to start investing in its residents, it will be too late.

So kudos to the city, business and community leaders who have helped to create the city’s newest attractions and a round of applause to the residents who really made them successful.

Now, let’s get back to work.

Jonathan Pinnick works as the business and marketing manager for a local law firm. He was born and raised in Indiana and relocated to Alabama five years ago. He now lives in Birmingham with his wife and daughters where he continues to be a hopeful Notre Dame football fan.  (Editors note:  Jonathan and his wife had their second daughter two weeks ago)

David Sher is the publisher of ComebackTown, a co-founder of Buzz12 Advertising and co-CEO of AmSher Collection Agency.  He’s past Chairman of the Birmingham Regional Chamber of Commerce (BBA), Operation New Birmingham (REV Birmingham)), and the City Action Partnership (CAP).

4 thoughts on “Birmingham: Young professional stopped in his tracks”